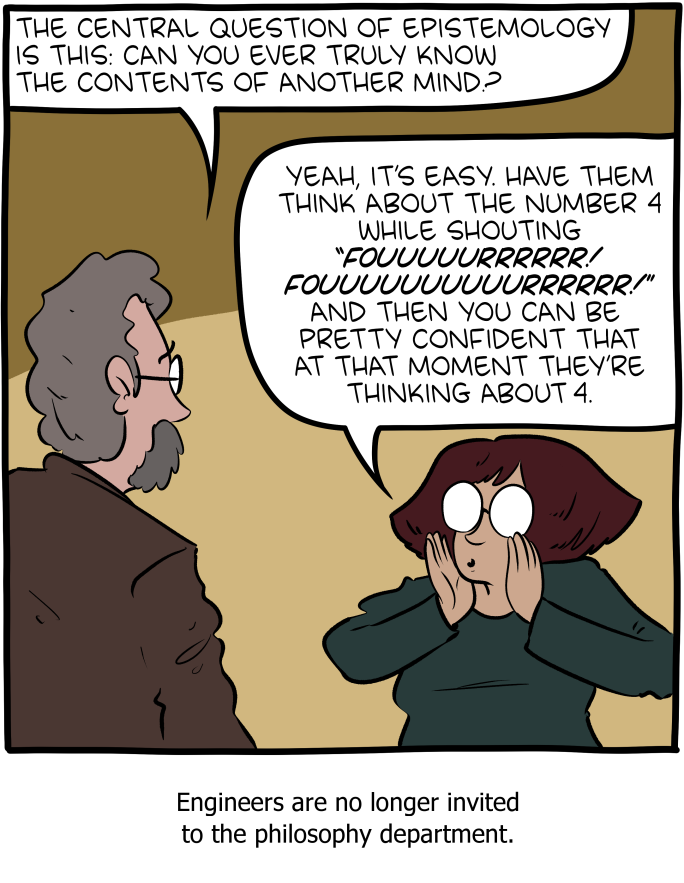 Hovertext:
The philosopher later refutes this while shouting FOUUUURRRR while thinking about butts. 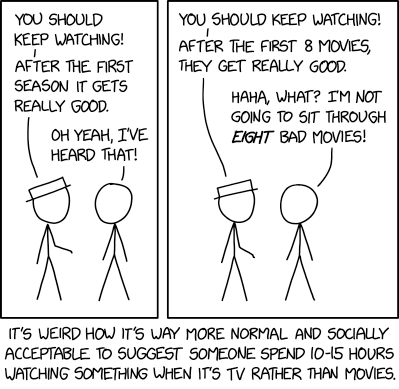 Should be a rating system... The Stockholm Scale. How long must I endure misery before I start empathizing with this show?
New Baltimore, MI

During my first years of studying at university I did not have access to cable TV in my student apartment, so I was "stuck" with renting DVDs and only watching films during that time. This was early 2000s, before streaming was a thing.

One thing I noticed after that was that I just could not go back to TV series because they felt like they dragged on forever and never gave me any closure.

At least there's a general understanding all around that Doctor Who is its own thing.

With using Twitter becoming increasingly like smoking — a habit you can’t quit but know you should — there’s a chance that a better RSS reader will finally, finally take hold and scale.

Two years ago, Sara Watson boldly predicted in this space that we might see a return of the RSS reader, or something like it, recognizing that the world of constant email newsletters was simply impossible to maintain. But the appetite wasn’t strong enough yet.

The difference, going into 2023, is that even the Inbox Zero people are going to have a reason to complain. Left without a better way to quickly zoom in and zoom out on the state of the universe (also known as the world according to Twitter), I predict those people will reach a point of frustration in even their ability to manage email.

It is at this point that the most organized people in late capitalism will rise up about a very small matter and demand something better: An RSS for the people, open source, easily used, and not some weird niche version for podcasts or that uses AI.

Two years ago, Substack was becoming a thing, but the newest spawn of DC beltway publications based on newsletter distribution had yet to break through. But now the mix includes Semafor, Puck, Punchbowl, more Axios Locals, and new ones on the horizon like Pluribis News.

There are two types of Inbox Zero people in this world: Those who do not read any news or shop online, and those who use a lot of Twitter. You may recall them talking about how RSS readers were obsolete in a world of Twitter (after all, even Google killed Reader). Twitter could be their perfectly curated and controlled sandbox of content. Now, it’s less socially acceptable to tweet.

I predict that these people won’t stand for a universe where their email becomes ever more crowded just because of Elon Musk mucking up Twitter. The only way to survive in a world where multiple DC-insider publications are launching multiple newsletters and Twitter is no longer socially acceptable is to use an RSS reader that satisfies the intelligentsia and political elite.

Will we get it? It may well be that the feed from email to robust RSS reader needs an API that isn’t yet possible, given password-protected, your-and-Gmail’s-eyes-only email. RSS readers may need their own ecology of analytics in order to be commercially desirable and worthy of tech investment.

Given that tech companies have taken to these newsletters to plead their case to the beltway, they certainly don’t want to lose the readers of these email newsletters, either. That provides a market incentive to make a better, bigger, bolder RSS reader. And if Ben Thompson is right that that “text on the internet is arguably the most competitive medium in all of human history,” then there is an opportunity for a very retro version of tech disruption.

Nikki Usher (they/them) is an associate professor in communication studies at the University of San Diego.

Oh, the irony... Reading a blog post about the possible rise of RSS readers on my RSS reader.
New Baltimore, MI

ReadLots
RSS Reader? Which one do you use?

sfrazer
It's pretty obscure, you probably haven't heard of it

kawen
reply
RSS is part of my life for 15 years now, since Google Reader time!

Been using Feedly, Inoreader and now NewsBlur. I wish there were more recipes options with IFTTT though, among other things.
The internets Yay is bad at being a self-induced-suffering human. Yay is actually pretty good at seeing a practical solution which *ought* to work.
New Baltimore, MI 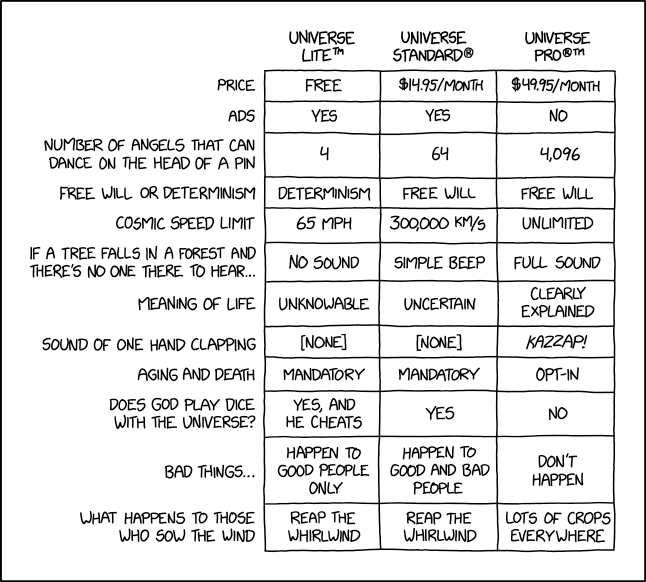 I would gladly pay $49.95/month for optional aging and death, and bad things not happening.
New Baltimore, MI

How do I get Enterprise pricing
Bend, Oregon "Do Not Sit"? Are we just ignoring the sign that says "Don't Explode"?!?
New Baltimore, MI

Oh, that face. I... made that face today as well, for much the same reason.

"Kept crashing our director" so the spreadsheet was running on the director...
Colorado Plateau
Next Page of Stories